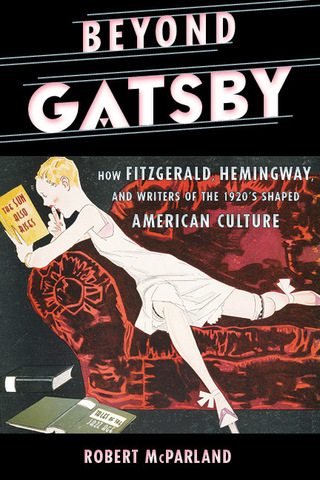 Robert McParland is a creative writer, literary critic, and cultural historian who has published fourteen books. He is a songwriter-composer/lyricist who has written the lyrics and libretto for three musicals produced in regional theatre.  He is a professor of English and Humanities.

Robert McParland writes fiction, literary criticism, and on American culture. He is also a musician and a lyricist/composer member of the American Society of Composers, Authors, and Publishers. His books include: Charles Dickens’s American Audience, Citizen Steinbeck: Giving Voice to the People, Writing About Joseph Conrad, Music and Literary Modernism, Film and Literary Modernism, Mark Twain’s Audience, Beyond Gatsby: How Fitzgerald, Hemingway and Other Writers of the 1920s Shaped America, Native Sons to King's Men: The Literary Landscape of the 1940s, Science Fiction and Classic Rock, Myth and Magic in Heavy Metal Music, Finding God in the Devil's Music: Critical Essays on Rock and Religion, Crosby, Stills, Nash and Young's 50 Year Quest: Music to Change the World, Bestseller: A Century of America's Favorite Books, The Rock Music Imagination, The People We Meet in Stories, and the short story collection In the Nick of Time. He also often writes on popular music. Charles Dickens's American Audience received the Kornitzer Book Award (2011).

New Book: The People We Meet in Stories

Rock Music Imagination has been published.